On Tuesday, November 15th, hundreds of New York City high school students left their classes and took to the streets to protest the policies and campaign rhetoric of President-Elect Donald Trump. Students braved the inclement weather, with many proclaiming that the rain wouldn’t change anything–that they would take to the streets anyways, and they did!

Marching along 7th Avenue towards Trump Tower against rain and wind, students chanted: “Not my President!” “Refugees are welcome here!” “Revolution!” And if chanting wasn’t enough, some students brought signs to make their messages loud and clear. Posters proclaimed, “We reject the President-Elect.” Sophomore Fortune Ndombo says that the protest was “lively. [It was] cold, but worth it.”

According to one of the school’s history teachers, nearly a third of all Beacon’s students were absent from classes in the late morning and early afternoon. “There were only four kids in my French class,” says junior Bella Rhodes, one of the students who found herself too preoccupied with schoolwork to leave the building. Similarly, junior Brian Ortiz remained in school because he just “didn’t want to fall behind.”

There were also some students who did not leave the building because they saw no reason in compromising their education for the purposes of protesting the inevitable inauguration of Donald Trump as President of the United States. Students who protested continue to respond to this line of thought by contending that whether or not Trump is President, his campaign was driven by hatred, and that needs to be addressed before the nation can move on.

Though many of the students understand that the protest is unlikely to influence policies in the federal government, they felt it was necessary to express their views. Junior Lola Votruba explains, “Most of us in high school can’t vote, and therefore have no official say in government or the outcome of the election. The fact that the protest happened during the day made it clear that we want our voices heard, even if it means skipping school.” She disagreed with a few supporters on how the tone of the protest should have been presented, believing that the message should have primarily been that “hate and bigotry are not values that we support,” rather than “Donald Trump has to go.”

Many attendees of the protest claim that the march did a lot to spark change in Beacon. Senior Rosie Vasen says the protest proved to Beacon students that they could “organize effectively,” while junior Carmen Mascarenhas calls the protest a win for humanity. She proclaims that “[Beacon students] were all one–it didn’t matter what color you were, what background you had, what sexual orientation you had; we were unified in solidarity.”

On the day after the protest, student leaders from social justice clubs at Beacon, including Women’s Empowerment, Beacon Young Democrats, and Black Student’s Union, formed a group chat to discuss how they could continue to cultivate social awareness and promote activism within the Beacon community. As President-Elect Trump continues to prepare for inauguration day–barring any surprises from the Electoral College–many are wondering what comes next.  No additional Beacon protests are planned as of press time, but as senior Adrian Costa confirmed after the walk-out, “It doesn’t end here.” 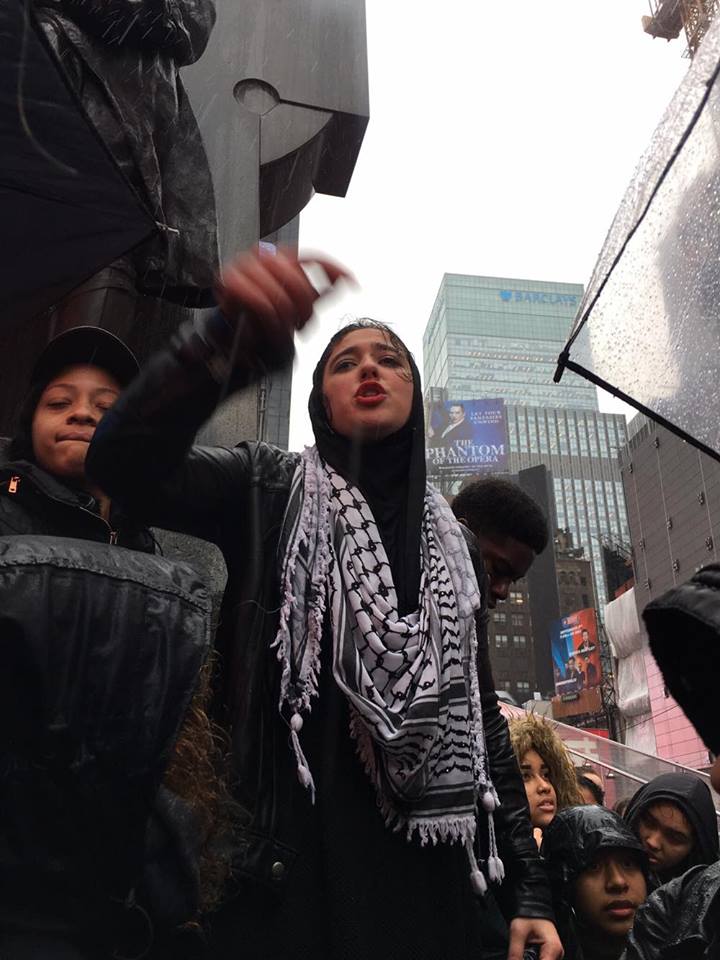 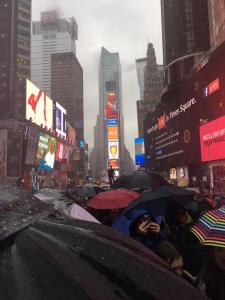