Michelangelo at the Met 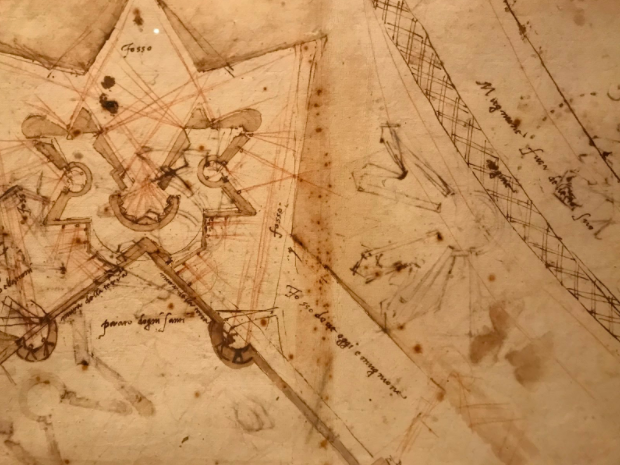 Crowds of people float through the dim exhibit, hungry for a look at the legendary Michelangelo’s work. Sketches, statues, paintings, poems, and architecture plans by Michelangelo and his social circle (students, teachers, associates, and artists influenced by his work) line the walls. People shove past each other to gaze at a silverpoint sketch of detailed muscles. This exhibition at the Met has over 200 pieces, making it the largest collection of Michelangelo’s drawings to be put on public display.

Michelangelo’s work ranged from creative pieces to designs for military fortifications, reflecting the diversity of his talents. Giorgio Vasari, sixteenth century author of Lives of the Most Excellent Painters, Sculptors, and Architects, called Michelangelo “a unique sculptor, supreme painter, and most excellent architect; in fact, of architecture a true master.”

At a very young age, Michelangelo became the apprentice of Domenico Ghirlandaio, which influenced his work. You can see aspects of Ghirlandaio in Michelangelo’s detailed architecture and individualistic portraits.

Michelangelo had a knack for symmetry and design, as well as imagination and artistic skill. His interest in anatomy further helped his art by enhancing his depiction of muscles; he knew the human body well, which allowed him to draw accurate and detailed depictions of it. Even in the quickest and simplest sketches, you can see this knowledge show through. That’s because Michelangelo loved the detail of human form; one of his exhibited pieces in the Met shows dozens of people, and each has a unique pose and facial expression. Michelangelo’s focus on muscles and the torso make his art look three-dimensional.

Seeing Michelangelo’s work in person is mind-blowing. When you lean forward to look at the small pencil marks, you can see the precision, planning, and pressure he put into each line. The cross-hatching, shading, curves, and smudges all come together in a beautiful design to create his images. He also effectively utilized many different mediums including red and black charcoal, metalpoint, chalk, ink, egg tempera, and fresco. Interestingly enough, Michelangelo tended to reuse paper since it was expensive and as a result, poems in his beautiful script overlap with column designs.

Head up to the Met on 5th Avenue and East 82nd Street to see the work of Michelangelo (especially “Il Divino” or “the divine one”) before February 12th to be amazed and inspired! 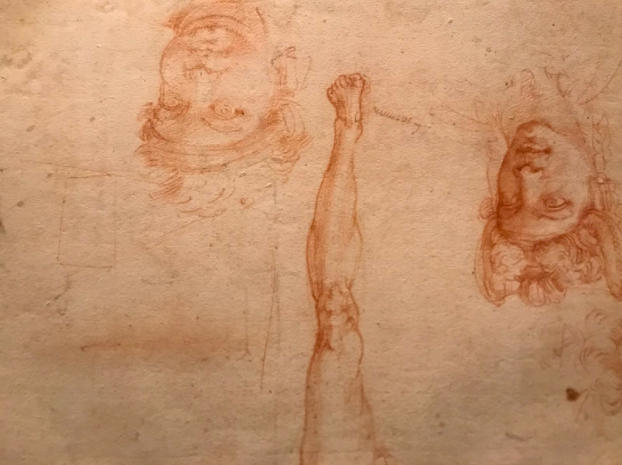