New York City is covered with hot dog stands. They are found in clusters outside of museums and near busy shopping areas. Tourists and city locals alike frequent these stands, usually when they are in need of a quick “bite to eat.”
Just outside of the Natural History Museum on Central Park West and 79th Street, there are seven hot dog stands all open and eager for business. After approaching each stand, I discovered that most charged at least $3 for a hot dog. However, upon closer examination I found one hot dog stand that charged a mere $2 per dog. This stand was not directly in front of the Museum but was instead located on Central Park West and 77th Street. It is run by vendor Al Peacock, who spoke with me about his business.

Unlike the six other vendors in close proximity to the museum, Peacock owns his hot dog cart. This gives him the freedom to relocate to another museum or crowded area at any moment. By the Natural History Museum, he has “developed a clientele,” carving out his own territory on a corner by the park. Here, he is known as the “guy with the good hot dogs.”  He usually sells “150 hot dogs on Saturday and Sunday, and 75 hot dogs during the weekday.” While hot dogs are one of his most popular goods, he also sells “chicken over rice, lamb gyros and Philly cheese steaks.” 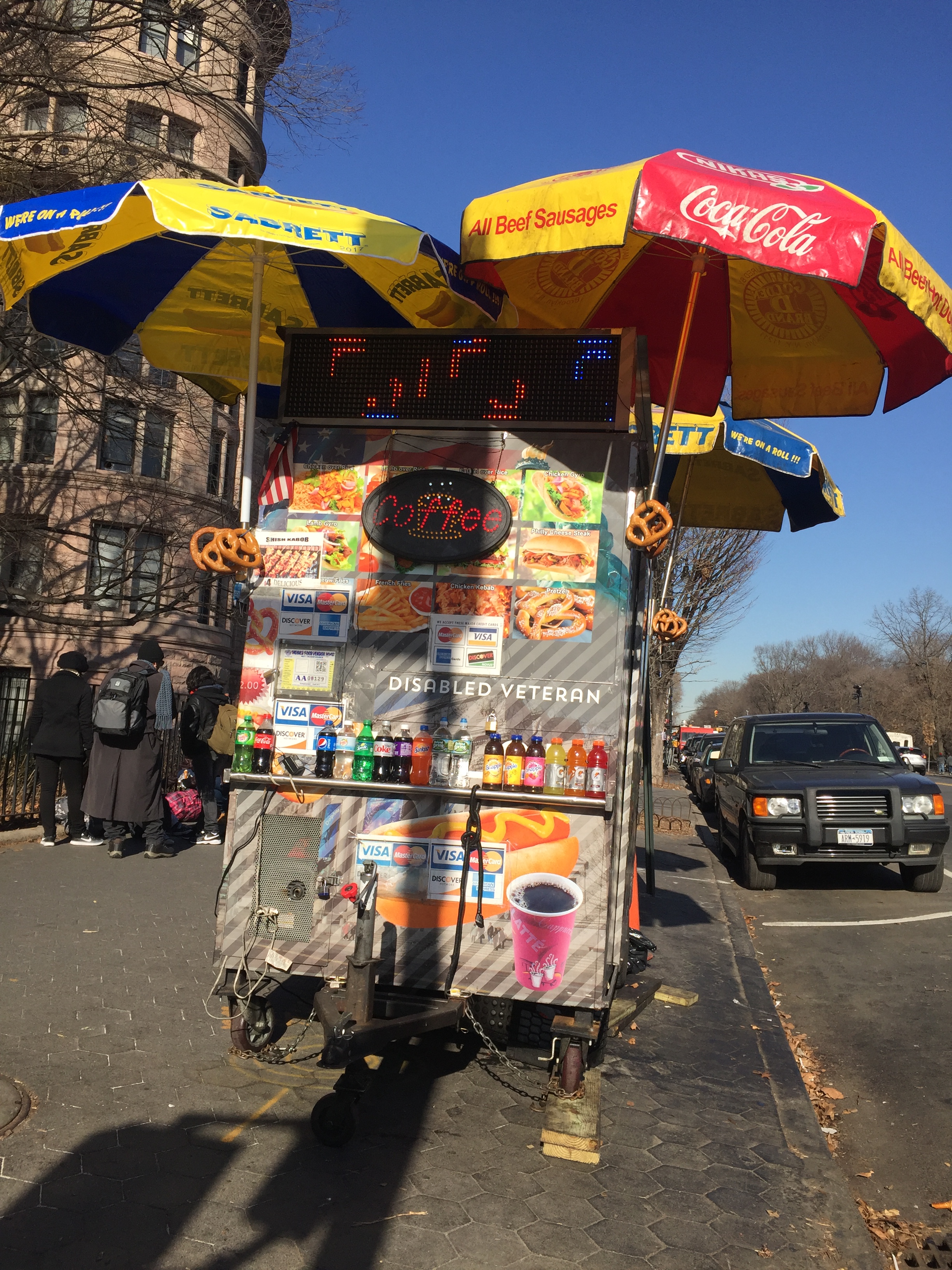 When I asked Peacock about his relatively low prices, he explained to me that he charges less because of his off-center location. The other stands are directly in front of the museum, whereas his stand is around 300 feet away from the main entrance. Still, he gets “most of his business from locals,” including museum workers, taxi drivers and doormen.

Peacock maintains an enthusiastic demeanor, encouraging everyone to try his hot dogs because they are “high-quality.” Even though the hot dogs are sold from a cart rather than a storefront, he advertises them as “better than Nathan’s Famous hot dogs.”

Once a customer has been enticed to purchase his inexpensive and well-made hot dog, Peacock usually sells them a pricey soda. He remarked that “selling sodas is cheap, and no one says no to a drink with their hot dog.” A can of soda goes for $2 while a bottle goes for $3. This revenue allows him to sell an inexpensive hot dog.

While many of the city’s hot dogs are overpriced, Peacock firmly believes in the importance of an affordable hot dog. His high-quality and affordable hot dogs have earned him loyal customers, and keep his business afloat. Hot dog stands are a staple of New York City culture, and vendor Al Peacock is happy to add his own flare to the tradition.