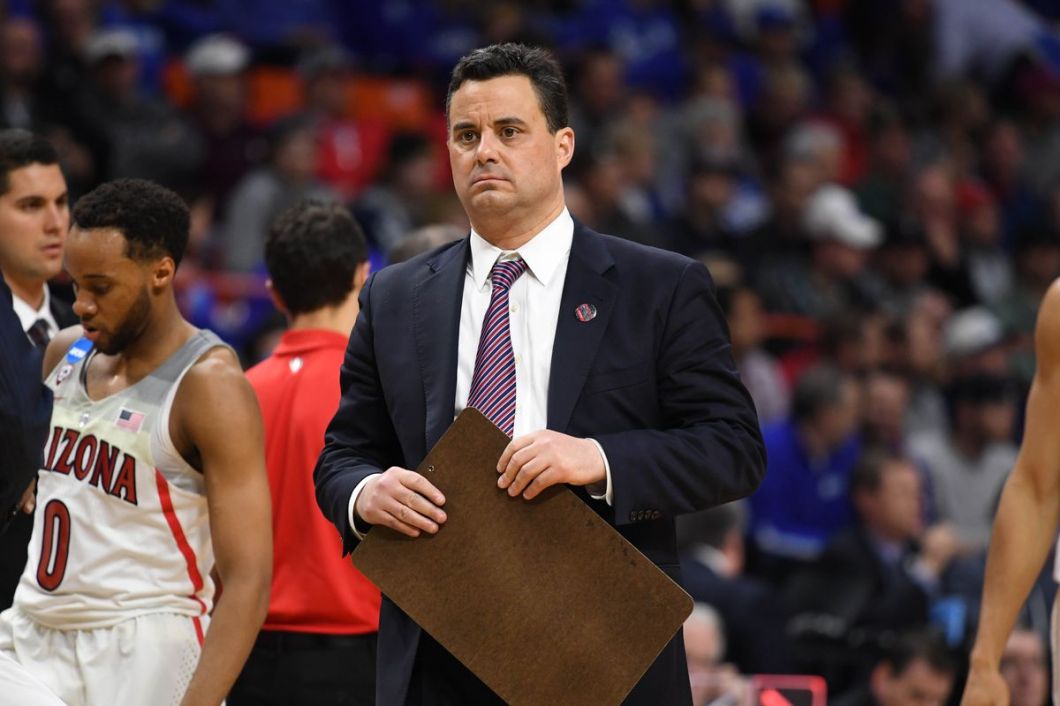 The 2017-18 NCAA Men’s basketball season has become about a lot more than just the game of basketball. It is now apparent that college coaches have been paying high school students to join their teams. Even coaches of very successful teams, like those of Michigan State and the University of Arizona, have been caught in the act despite being well-aware of violating the league’s rules. The no-pay-for-play policy being violated was established with the creation of the NCAA; while student athletes can receive scholarships for their college tuition, it is illegal to pay them for their playing. One guilty coach stands on particularly thin ice: Sean Miller.

Last February, University of Arizona coach Sean Miller was accused of paying players such as Deandre Ayton, a future 1st round NBA draft pick, to attend the school. During discussions between Sean Miller and Arizona sports agent Christian Dawkins, FBI wiretaps intercepted multiple conversations in which Miller discussed a $100,000 payment to ensure star freshman Deandre Ayton signed with the Wildcats. The calls between Miller and Dawkins lasted around 3,000 hours. It looked unlikely that Miller could survive these allegations. With the Pac-12 right around the corner and the NCAA tournament shortly after, upcoming games would prove extremely interesting for the Wildcats.

As Miller faced serious consequences for his actions, the team struggled to refocus and play ball. The Wildcast were not at ease, and interior team chemistry seemed absent. Under pressure, Miller didn’t coach the basketball team in their February 24th game against conference rival Oregon. Instead, Miller stayed at his Tucson home during the game and throughout the next day. Arizona noted Miller’s absence was in the “best interests of the University and the basketball program.” Yet the troubled Wildcats suffered a 98-93 overtime loss.

Once Miller sat out the game against Oregon, it looked as if his time as head coach was over. On February 26th, Miller and his lawyers met with University officials. University of Arizona President Robert C. Robbins thoroughly questioned Miller, whose future with the University was uncertain.The next day, Tuesday February 27th, Miller’s lawyers entered negotiations with  University lawyers. The two sides discussed Miller’s potential to continue coaching. As the night fell, there was serious doubt that Miller would be Arizona’s head coach in the Wildcats’ next game, when they would have to battle Stanford for a Pac-12 title.

While Miller’s position was up in the air, Arizona star shooting guard Allonzo Trier tested positive on a drug test for the second time. Shortly after the test was run, the NCAA suspended Trier for two games and banned him from the NCAA Tournament, leaving the Wildcats in even more trouble.

As conversations between Miller’s lawyers and the University officials continued, University of Arizona President Robert C. Robbins met with Arizona’s team to discuss Miller’s state. The players vouched strongly for Miller, and Robbins told the team that he would invest in bringing Miller back. With the support and influence of Robbins, Miller became optimistic.

Soon, Miller and the University of Arizona had reached an agreement for him to return as head coach for the remainder of the season. The school announced a press conference later that day where Miller restated his claim that he did not pay players to join the program. The University Board of Regents met in Phoenix only a few hours later, and Robbins announced that the school did not have any real reason to believe that Miller’s allegations were accurate. Robbins then announced that he and the school would stand in Miller’s corner and keep him as head coach.

With Miller in a good place and Trier’s two game suspension over, officials having lifted his ban from the NCAA tournament, the Wildcats were back on their feet. On the same Thursday that Miller and Trier made their return, Arizona went head to head with Stanford for the Pac-12 championship. Miller and the Wildcats went on to defeat Stanford 75-67 and claim their 7th Pac-12 title. With another Pac 12- title and a national rank of 19th, the Wildcats managed to earn a number 4 seed in the NCAA Tournament.

Media soon started letting Miller off the hook. New findings showed that superstar center Deandre Ayton had already committed to Arizona before the call between Miller and Dawkins took place. As Miller’s future with the school and potentially coaching were still up in the air, he held a press conference and again denied the allegations against him. Miller and the Wildcats played their first and last game game of the NCAA tournament March Madness on March 15th. They were victims of a massive upset. The Number 13th seed, University of Buffalo, wiped out the Wildcats with a final score of 89-68, as Buffalo punched their ticket to a round of 32.

Post-defeat, the University of Arizona continues to struggle with its troubled basketball program and recover from its seasonal drama. The FBI’s investigation is far from over into the exposed corruption within the NCAA, creating uncertainty around the future of college basketball.