American Food vs. European Food: Why Is There Such A Difference?

On many social media platforms, health gurus list out what they eat in a day. Once in a while, you’ll come across a TikTok of a fitness influencer claiming that they only eat meat and raw milk. Or, there is someone who only eats fruit and vegetables but no processed foods. There could also be someone who eats sea moss by the spoonful, claiming that it magically fixes gut health problems. If you ever casually glance at the back of a snack package, you might recall skimming over some of these listed ingredients, acknowledging that you know very little about them, and consuming the tasty treat regardless. But, the thing that all these influencers have in common is that they avoid typical “American” foods. They don’t go to McDonalds, and they don’t eat Cheetos. Why? Because, the United States allows additives in foods that are illegal in many other countries.

The United States is unique in that it allows these eight ingredients in food products: rBGH, ractopamine, potassium bromate, brominated vegetable oil, olestra, azodicarbonamide, coloring agents (also known as Red #40, etc.), and BHA and BHT. rBGH is used in milk and yogurt. It is injected into cows to increase milk production and causes many issues in cows, but it also causes allergic reactions in humans.

Ractopamine is used to increase lean muscle in animals, but it is known to cause heart problems in humans. Potassium bromate is used to make bread fluffier but can cause bronchitis. Brominated vegetable oil is used to keep the flavor in soda from floating to the surface, but it can cause irritation to human skin and the linings of the mouth, nose, and lungs. Olestra is a fat-free substitute but causes bloating and intestinal problems, and azodicarbonamide is used to bleach flour but can cause asthma.

Coloring agents are used to color foods and are linked to neurological problems such as brain cancer, ADD, ADHD, and more. BHA and BHT, which are used in foods like gum and vegetable oil, can also cause cancer.

All of these additives are banned in Europe, yet they are commonly used in American food. How can ingredients banned in some countries be in the food of other countries? Why is this allowed? Because these chemicals make American food products visually appealing, long-lasting, and more satisfying to eat.

In Europe, the European Food Information Council, or EUFIC, regulates which ingredients are allowed in food products, while in America, the Food and Drug Administration, or FDA, does this task.

The FDA requires that companies list eight common allergens on their food products: eggs, milk, fish, shellfish, peanuts, tree nuts, wheat, and soybeans. The EUFIC, however, requires 14 common allergens to be listed: celery, mollusks, fish, eggs, rye, gluten products, peanuts, mustard, tree nuts, sesame seeds, soybeans, sulfur dioxide, sulfites, and lupin. Clearly, less thought goes into the American food label compared to the European one. This rule applies to other aspects of food packaging, including caloric markers; American food regulations state that calories can be listed for the serving size of food rather than the entire food. European calorie counts are not based on serving size but rather on every 100 grams, a more informative measure

Furthermore, the FDA allows additives to be used in American foods until they are proven harmful. Europe, on the other hand, will only allow certain additives in food after they have been proven to be unharmful, demonstrating that American corporations care less about the health of their foods than those in Europe. Why do these organizations have different approaches toward food? Well, the FDA is a reactive government, while the European agencies are precautionary. In America, growth hormones and chemical preservatives are used to produce larger foods and to make sure that the shelf life of food products is longer. However, EUFIC and EFSA (the European Food Safety Authority) prohibit hormones and advise against preservatives. It is important to be conscious of the ingredients in our food. While we don’t necessarily have to eat sea moss gel and avoid all American snack foods, we should stay aware of the quality of our food. 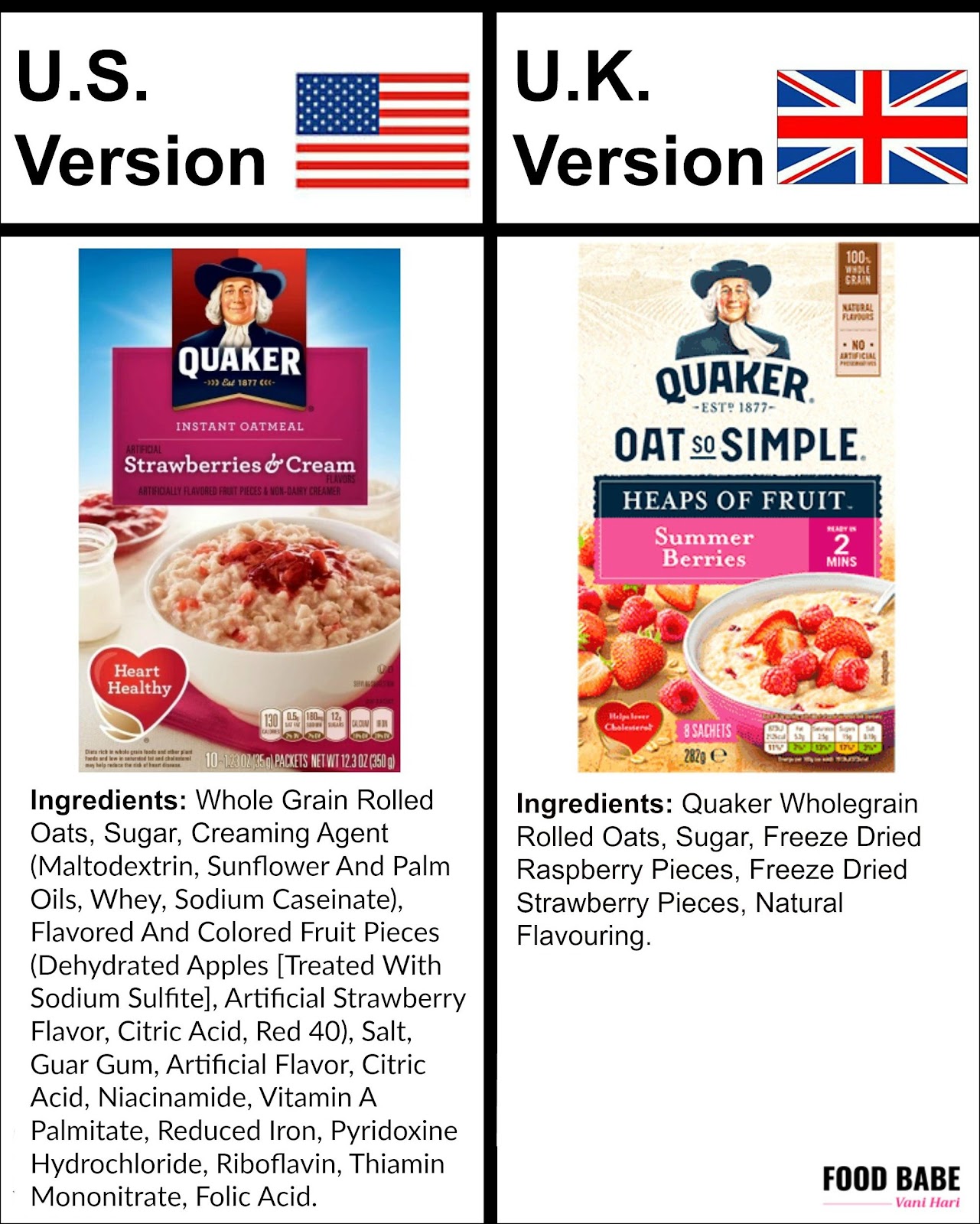 Evidently, European food can be considered healthier for the human body because its foods aren’t made to be aesthetically pleasing and last for longer periods of time.